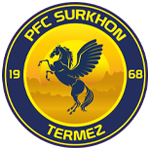 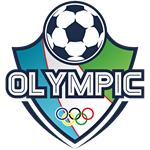 The Uzbekistan Professional Football League is the top division of football in Uzbekistan, and is operated under the auspices of the Uzbekistan Football Federation. It was founded in 1992 and is contested by 16 teams (since 2015). The top three teams get a chance to compete in the AFC Champions League, while the two last ranked teams are relegated to the Uzbekistan First League. The league is generally played between March to November in the calendar year and has occasionally had the Super Cup as a curtain raiser to the domestic campaign. Teams play each other on a home and away basis. Two or three teams can be relegated depending on the number of sides participating which has in the past been between 17 and 14 sides. Occasionally no sides would be promoted from the First League, due to reserve teams winning the championships. Reserve clubs are not allowed to feature in the top flight but can play at any level up to First League. On these occasions, clubs can be relegated without any promoted sides making the next campaign feature less sides than before. League winners enter the next edition of the AFC Champions League along with the winners of the Uzbekistan Cup.