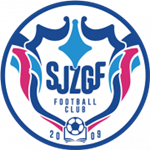 Racing Club System is adopted in this season’s Chinese Football Association Jia League because of COVID-19. There are 2 stages in total, and the games will be played in 3 divisions, Chengdu, Meizhou and Changzhou. In the first stage, 18 teams will be divided into 3 groups, and each club plays against all teams for twice, ranked by points. Top 2 teams of each group will be divided into seeded group, and the rest 12 teams will be divided into 2 unseeded groups. Elimination system is adopted in the second stage. The 1st place in the seeded group will directly qualify for the Chinese Super League of next season; the 2nd place and the second to last team of Super League will play in the play-off to fight for the qualification of next season. The last team in the unseeded group will be relegated to Chinese Football Association Yi League directly; the second to last team and 2nd place in the Yi League will fight for the qualification of Jia League of next season.