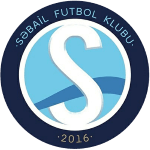 During the course of a season, which lasts from August to May, each club plays every other club four times, two times at home and two times away, for a total of 36 games. Teams receive three points for a win, one point for a draw, and no points for a loss. Teams are ranked by total points, with the highest-ranked club at the end of the season crowned champion. The two lowest placed teams in Premier League are relegated to the First Division, and the top two teams from the First Division promoted to Premier League.